and Seminary Students supported by our Church 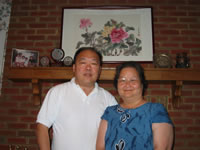 Pastor Chiu was born in Fu-jian (Xia-men, Gu-lang-yu) and grew up in Taiwan. In college he majored in chemical engineering, graduating from Taiwan University, where he devoted himself to serve the Lord. From 1966-1989 he was a national staff member and national director of Chinese Campus Crusade for Christ. And during this time he also became pastor for the Taipei Bible Baptist Tabernacle Church. In May 1989, he accepted the invitation of the Atlanta Chinese Christian Church to become the senior pastor, a position he served in until July 2002. Presently he is working for the Cares Ministries International as the international director. For many years, Pastor Chiu worked on the gospel sharing, pastoral care, teaching, and training, while Mrs. Chiu worked on church music, women and prayer ministry. Pastor and Mrs Chiu have three grown daughters. The second daughter has devoted herself to full time ministry. She has been a missionary in the Wa State for one year. Currently she is serving in Singapore. 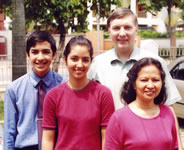 Dennis joined the staff of Campus Crusade for Christ in 1976 after graduating with a BA degree in Psychology from California State University, Sacramento. While working with college students at Central Washington University, he began to sense God’s call to serve overseas. So in 1979 he moved to Taiwan where he ministered for 17 years working with students and helping train and equip the national staff. Dang is from the Philippines and joined the staff of Campus Crusade for Christ in 1978 after graduating with a BS degree in General Science from the University of the East. She served in the music ministry and as a trainer in the training center before going with a team to Taiwan to help open the training center there in 1982. For the past eight years they have been serving in Campus Crusade for Christ’s East Asia Area office which is responsible to assist, resource, equip and provide direction to the national leadership in the 9 countries and areas of East Asia (China, Mongolia, North and South Korea, Japan, Taiwan, Hong Kong, Macau and Singapore). These 9 countries and areas are home to over 1.5 billion people (1/4 of the world’s population). Dennis’ is the regional representative responsible for the development of all staff in East Asia as godly leaders so that they will walk closely with our Lord and more effectively help fulfill His Great Commission. Dennis researches and plots demographics for each area, and provides vital statistics for planning and evaluating our ministry effectiveness. 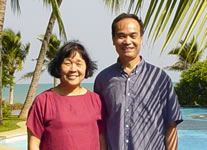 Zaisheng Liu was born in China, Shandong province in 1945. In 1970, after graduating from Shandong University, he began teaching at Shandong Industrial University. He was married in 1973. In 1988 received his doctorate in Artificial Intelligence, and began work in a French computer company. Zaisheng Liu’s wife, Xiurong Zhang, was born in Shandong province in 1946, graduated from Shandong Industrial University, specializing in Autocontrol, and worked as a design engineer in a factory. In 1992, she immigrated with her two sons to Paris, France. In Paris, the Liu’s received salvation through belief in the Lord and in 1999, after receiving God’s calling, both entered Campus Mission Organization farmbrazil.com.br. Their primary works are with Chinese students in Paris and also help in work with outlying areas in France, Switzerland, Germany, etc. These past several years, they have established three student fellowships in Paris, they have led many students and followed up to equip them and have built very close relationships with them. Since 2002, they have had closer cooperation with the Paris Chinese Church to develop together the student work. The Liu’s eldest son, Hu Liu, graduated from Paris Cergy Pontoise University in mathematics; lives in Paris and in 2003 had a son. Their second son, Gang Liu, received his diploma in Computer Information Engineering and found a good job.

Jamie and Mimi Taylor held fast the vision for preaching the gospel in East Asia. Through medical missions, they bring their gospel ministry to the underprivileged regions of the world. Rev. Taylor lived in Hong Kong for 10 years. Mrs. Taylor supports him with her musical talents. They have a son and two daughters; James Hudson Taylor V just completed elementary school, Selina Amelia Taylor is 11 years old and the youngest Joy Leone Taylor is 8 years old. In July 2006, they moved to Taiwan where they settled in Hualian. He returned also to his Alma Matar Ashbury Seminary to study for 4 years for his D. Min.

Brenda Carter?Mission to the World?

Brenda Carter has been serving in Taiwan since 1986 with Mission to the World, the mission arm of the Presbyterian Church in America. The first two years she taught English at Christ College. In 1989, she started studying the Mandarin language and taught English classes to help a missionary who was starting a church, the SanYi Gospel Center. After her last co-worker left in 1997, Brenda stayed in Sanyi, praying for a Hakka pastor to come. In 2000, a young church member from San Yi, Tsai Jya-Jang (Joshua) started seminary training. His heart is for his town and plans to stay in San Yi after his training. However, Brother Tsai has finished his study and returned to San Yi to serve the Lord. The San Yi Gospel Center joined the Taiwan Hakka Association of Churches in 1993. The Hakka Association is a non-denominational group of churches with the vision of planting churches among the Hakka Chinese of Taiwan. Three to five percent of Taiwan’s overall population is professing Christians. But among the Hakkas this percentage is only 0.3. Over the years, the Hakkas have been considered resistant to the gospel, but when the facts are studied, they have been a neglected group. Brenda hopes you will join in the work of giving the Hakka Chinese an opportunity to hear the gospel. She has raised most of her support and will shortly return to the field in San Yi Gospel Center. 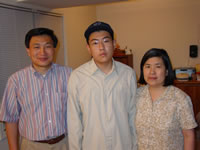 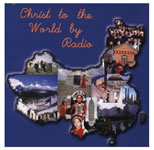 FEBC is an international Christian organization, non-profit and non-denomination. Its vision is “Christ to the World by Radio”. FEBC’s programs have been a major source in bringing the word of God to people in China. The US office produces programs which are Evangelistic, Edification and Disciple Training types. Radio Ministry today remains one of the most effective means to reach Chinese people. 1. Pray for Voice of Friendship seminary.2. Pray for the program “Good Shepherd”.3. Pray for the programming staff and the engineering staff in their efforts to meet the extra programming quota, in anticipation of the time loss to these two training sessions.

Taiwan Village Gospel Mission was established in 1971 by missionaries from USA. It’s vision: to spread the Gospel and plant churches in the rural villages in Taiwan. Early founders, with many Christian students, began to share the Gospel in the Tai-Chung area, which gradually spread throughout the island. In order to develop faith on a solid ground, they sent full-time co-workers to the frontiers and established churches among them. Since 1981, VGM laid foundations for God’s words in those dark, poor, without church villages.

Brothers and Sisters of VGM begin their work in the villages based on their passion for the Gospel and little resources. They live in simplicity, blending into the village people’s life style. For 20 years, rural villages in Taiwan, the dry and poor land for the Gospel, began to soften in the sweat and tears of many brothers and sisters. In places filled with local idol worships before, now small groups of God’s children give praises to God, and continue to spread His words.

Vision:
VGM’s purpose is to bring people to Christ and make disciples in every village throughout the whole island of Taiwan, to plant churches in the villages for believers to share the gospel with people, to know God and worship Him, and to encourage missionaries to serve in the villages.